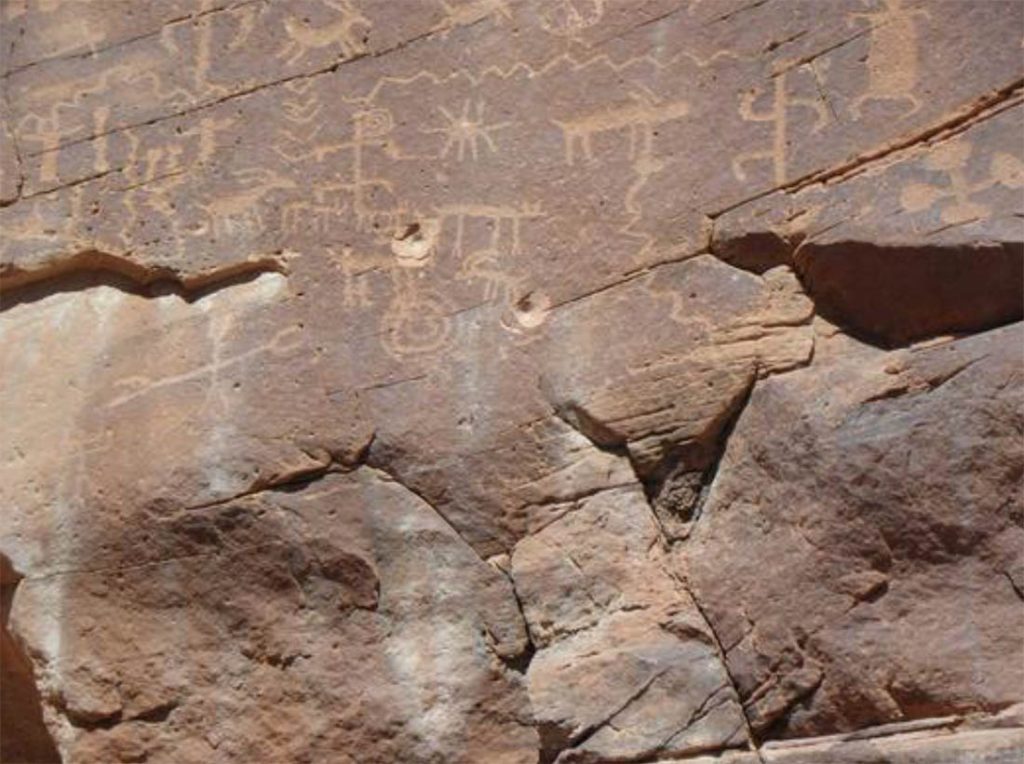 RENO, Nev. — The petroglyphs at Gold Butte and in three northern Nevada counties must be protected because they are priceless works of art, according to one argument Silver State conservation advocates are making this week in Washington, D.C. They’re part of a large contingent traveling to the nation’s capital in an effort organized by the nonprofit Pew Charitable Trusts.

Tygel Pinto, a Navajo musician and artist, would like to see Gold Butte, Nevada’s piece of the Grand Canyon near Mesquite, declared a national monument. He said the move would benefit all Nevadans, not just the Paiute people.

“This is part of your history as well,” he said. “To take away history itself is for you not to fully understand where you come from. It affects all of us. Not just one type of peoples. It hurts all of us.”

Pinto said the famous red-rock formations at Gold Butte are threatened by illegal cattle grazing and some of the rock art has been shot at and scratched off by vandals. Supporters are hoping President Obama will issue an executive order to declare a national monument there before he leaves office.

Diana Miranda, whose family has owned Bertha Miranda’s Mexican Restaurant in Reno for decades, is going on the trip to push for wilderness designation for parts of Douglas, Washoe and Pershing counties, saying they are the backbone of the local outdoor economy.

“My perspective is unique,” she said. “I serve families that come in before they go on a trip out into the desert, and then after they come back. I always get to hear these great stories of what they saw, where they went with their family.”

A bill has been introduced to give permanent wilderness designation to the Burbank Canyons Wilderness Study Area in western Nevada’s Pine Nut Range. The Douglas County Conservation Act is online at govtrack.us.